The drawings below were created by a woman we’ll call Suze, who used art as an adjunct to her therapy process. Suze experienced severe abuse as a child, including child sexual abuse and ritual abuse by a cult. She used a combination of art and her knowledge of Alchemy as part of her healing process. The drawings below were created as part of that process and tell the story of a recurring nightmare she often had.

The dream monster was very scary for Suze and she always had to escape from it by turning into a monkey and jumping in a tree. You can see in the drawings below that the “monster” was a shadow on the wall behind her crib when daddy was coming in to abuse her. From her drawings, you can tell that the original monster in her dreams was her father in real life. So she named the scary monster in her drawings, “Daddy”. 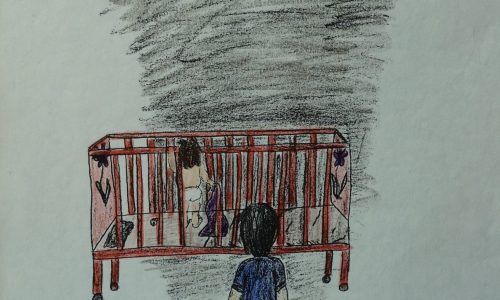 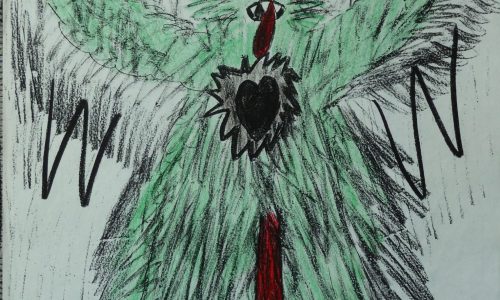 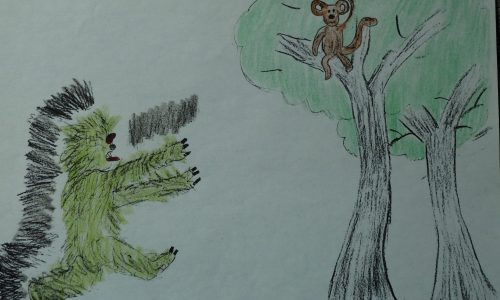 In Alchemy (which is one of the therapies Suze was using to help her process her nightmares and abuse), part of the healing process is to use imagination to subconsciously (mentally and emotionally) rescue the child from the trauma that occurred. The client re-envisions the experience in a new way that provides some form of rescue–prevention of the incident, reframing of the incident to include new insights and healthy understandings when relevant, or changing key events and outcomes of the experience.

Creating a new mental experience around the trauma while in a subconscious state helps to balance the emotional trauma response when triggered in full waking life.

From that point on, she enlisted her dream monster to guard her and help her sleep, which you can see in the drawings below. Making the monster an ally was exactly what Suze needed, since her nightmares had prevented sleep for so long. 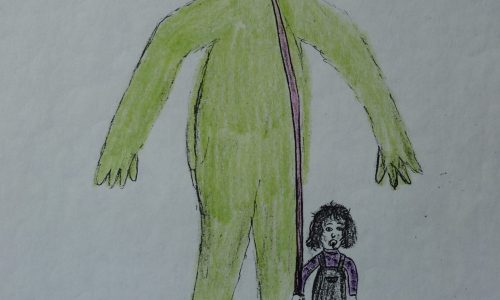 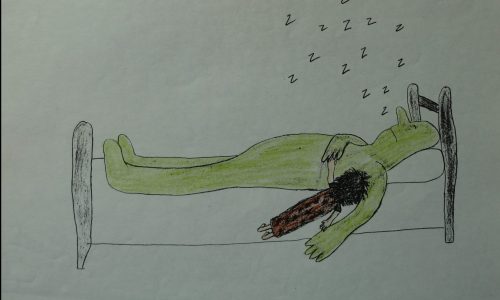 As a survivor of severe childhood abuse, Suze developed dissociative identity disorder to help her cope. Below is a drawing of her alter-personality, M&M, who would endure the pain when Suze was being abused. You can see it says “I love pain” at the bottom. 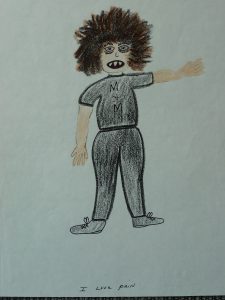 And last, but not least, below is a drawing of the little closet in her attic room where she lived as an adult. You can see the steep angle of the A-Frame roof in her drawing.  She would literally go in there at times during her therapy process to feel safe in that safe space. 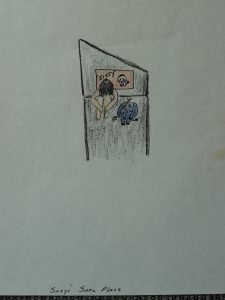 © Published by permission of her partner who provided these drawings. 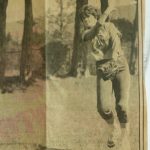 She was also a survivor of severe childhood abuse, including sexual abuse and ritual abuse. She suffered from dissociative identity disorder as a result of the extreme trauma she endured as a child. Her most prominent personalities included “M&M” who liked pain and helped Suze by being the one who was present during the physical pain of her abuse, and “Sammy” who was her scout for what she called “the children” (inside). He was tough and made sure the rest of her personalities were OK.

Suze was dedicated to her healing journey and worked fervently toward this goal, but was never able to find peace. She died of a heart attack in 2011. RIP Suze.

*All donations are tax-deductible to the extent allowed by law thanks to our fiscal sponsor, One World Spiritual Center, a 501(c)3 organization.

Privacy Policy
*All information provided by The Fiona Project ("TFP") on this site or any other TFP page or platform is for informational purposes only and is not intended to be used in place of professional medical, legal, or financial advice.